By Bob Vacarro for The Rig

Not only does it make sense for firefighters to clean their gear after a fire but also to keep their apparatus clean as well. In the long run it may certainly be harmful to themselves while returning to the fire station after an alarm if the apparatus is contaminated with carcinogenic exposed gear, SCBA, and tools. 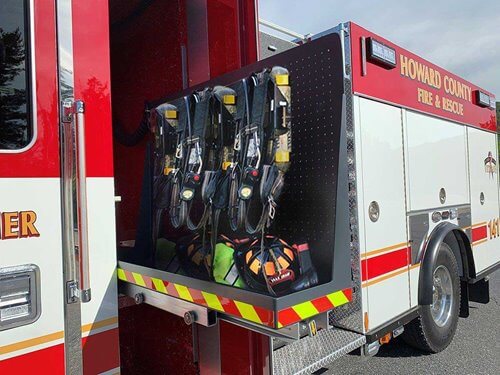 Gone are the days of looking salty, having dirty gear and dirty apparatus. One of the most obvious areas of concern is that some departments have kept their gear and SCBA inside the cab. This is due to the old mantra of being ready to fight fire when they get off the rig, basically saying we have always done it this way in the past. However we are seeing more progressive departments stowing their gear and SCBA in compartments outside the cab. 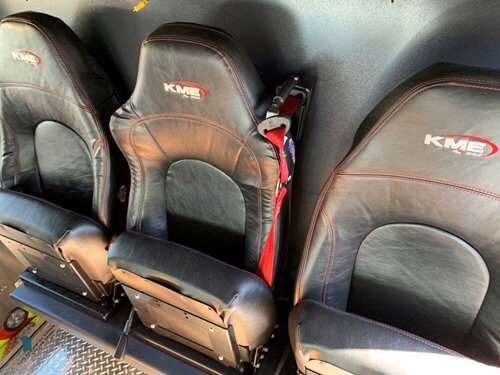 The Howard County (MD) Department of Fire and Rescue (HCFR) is one department taking a proactive stance. Captain Michael Stout, of the department’s logistics division, states that, “Howard County Fire and Rescue under new Chief Christine Uhlhorn has the department taking a proactive stance in a carcinogen reduction program for all HCFR employees,” he says. “What we have done to start the program as far as new apparatus purchases is concerned is that we purchased four new clean cab engines. We diversified and ordered them from KME, E-ONE, Seagrave, and Spartan. All have similar configurations. By doing this, we will be able to determine what is best for our firefighters and department for future apparatus purchases.” 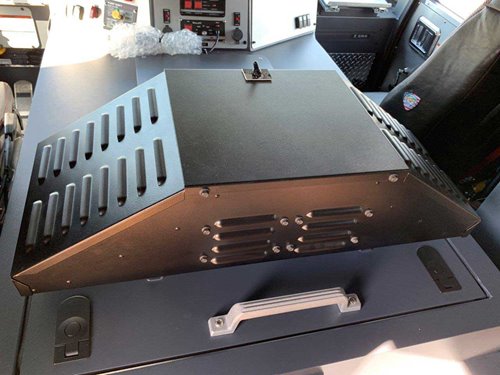 According to Stout, all of the vehicles have new compartmentation to store SCBA and turnout gears as well as an all stainless steel, a change from aluminum, lower hosebeds with an aluminum hosebed cover, and all painted aluminum floors inside the cab that makes it easier to clean. “We also had the SCBA seats taken out and replaced them with black cordura Valor Seats made of vinyl,” Stout says. “Removed were the old type fabric seats. The vinyl seats are easier to keep clean.”

Also all compartmentation was removed from the cab interior that obstructed firefighter vision as well. The SCBAs are now placed in a slide-out transverse compartment as well as turnout gear. There is also a HEPA filter inside the cab.

All of the vehicles have rescue-style bodies, and have 500-gallon tanks and 30-gallon Class A foam Tanks. Stout adds that there is a small hose that can be used to wash down our firefighters after coming out of a fire building also attached to the vehicle. 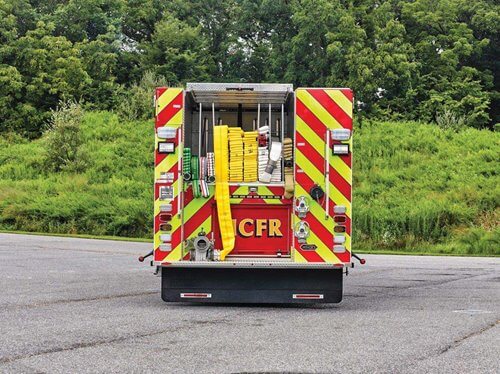 Howard County Fire Rescue covers 253 square miles with a population of 320,000 residents that more than doubles during the daytime work hours. There are a total of 13 stations under the umbrella of the department, five of which are fully county staffed. The remaining seven are career/volunteer combination stations. There are a total of 900 career and volunteer firefighters.

Our Vehicles Connect and Protect People Around the World Every Day.